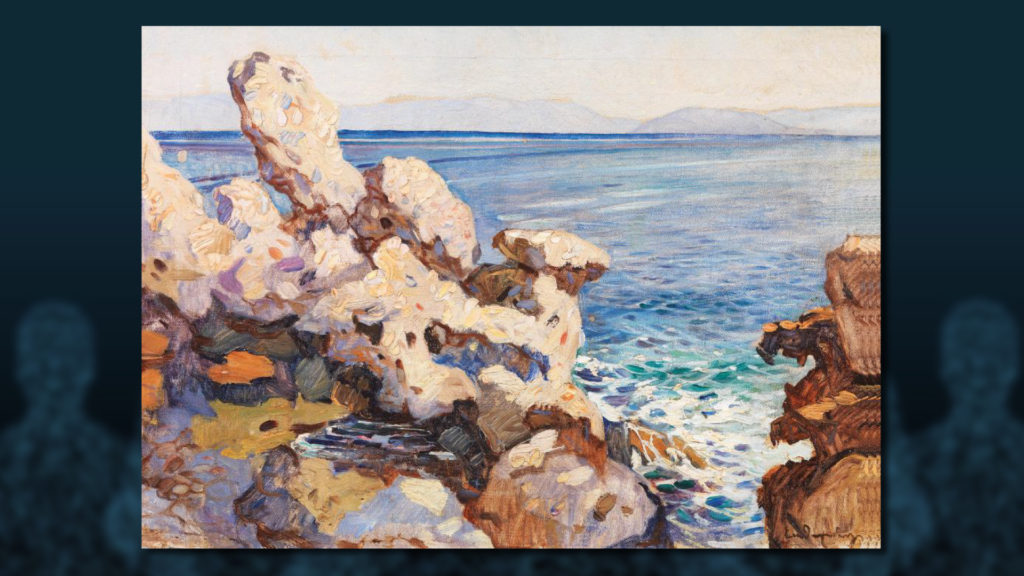 Epameinondas Thomopoulos (1878-1976) was one of Greece’s most celebrated artists and considered among the country’s first impressionist painters.

He studied painting in Italy and in 1915 was appointed a professor in the Athens School of Fine Art. In 1927 he won the prestigious Academy of Athens Award and was elected president of the Academy in 1962.

Seascapes were among his earliest artistic passions. His work can be
seen in the collections of the National Gallery of Greece, the municipal galleries of Athens and Patras, the Averoff Gallery, the Leventis Gallery and is included in a large number of public and private collections in Greece and internationally.