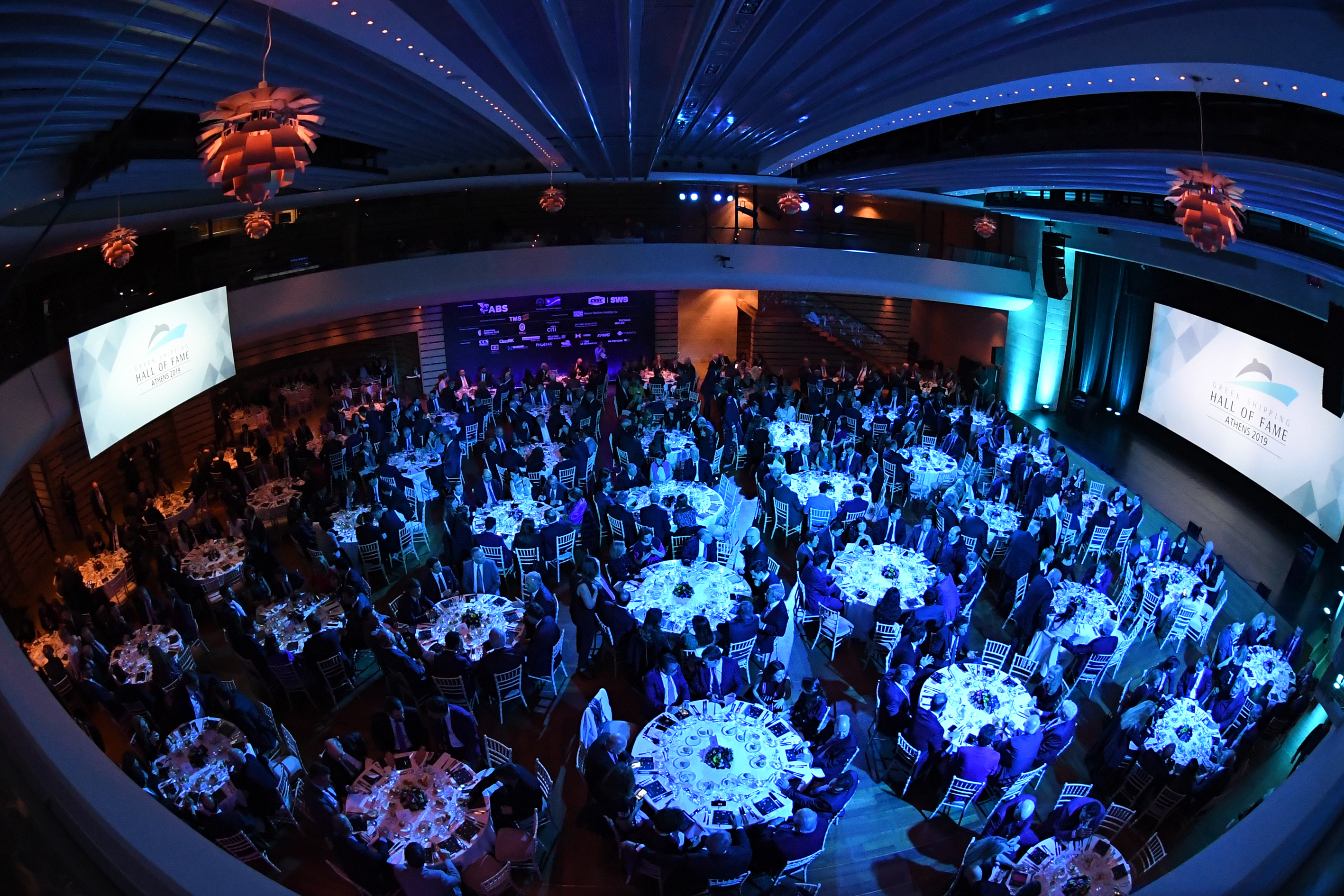 Today’s Greek shipping community turned out in force to honour many of the industry’s past greats who were hailed at the Greek Shipping Hall of Fame’s 2019 Induction Ceremony & Dinner.

About 650 guests including leading shipowners together with their business partners from Greece and overseas participated in one of the maritime world’s most prestigious dinner events.

Announcement of the two Inductees for 2018 was accompanied by testimony to their achievements and personalities from family and friends.

Another highlight of the event saw a special tribute made to Greek shipping legend Manuel Kulukundis (1898-1988), one of the first four personalities inducted into the Hall of Fame back in 2007.

Dimitris Fafalios, Chairman of Intercargo presents a donation on behalf of the Greek Shipping Hall of Fame to Andreas Bouras, Chief Executive of Hellenic Hope

Including pledges received for four original watercolour paintings and sketches by Kulukundis offered in a charity auction, the event will have raised Euros 44,000 for Hellenic Hope which supports selected non-governmental organisations working with children in Greece.

For ABS, Vassilios Kroustallis, Vice President Europe, said: “It is an honor and privilege to be a part of this event. The individuals we are celebrating tonight exemplify leadership and embody the pioneering spirit that has defined the maritime industry for centuries. We are doing our best to live up to their legacy.”

Theo Xenakoudis, Director, Worldwide Business Operations and Managing Director, Piraeus, Greece for IRI/The Marshall Islands Registry, said: “Perhaps more so than any other maritime nation, the Greek shipping community is respected and revered for its entrepreneurial spirit and respect for tradition. Greek shipping is known all over the world for our engagement with each other, and our determination to lead this global industry.”

Wang Qi, Chairman of Shanghai Waigaoqiao Shipbuilding Co. Ltd (SWS), said: “As we celebrate our 20th anniversary this year we look back with pride on SWS’s accomplishments, many of which have been in co-operation with our Greek clients, and we look forward to the next 20 years to continue to provide you with our best service, superior quality and reliable deliveries. We look upon this evening’s event as a unique opportunity to re-connect with our Hellenic friends and, on behalf of everyone at SWS I thank you all for your continued trust and friendship.”

TMS, one of Greece’s largest shipping groups, graciously continued its support as the sponsor of the welcome drinks reception for the event. Navios Group of Companies again kindly supported the event by sponsoring the dinner.