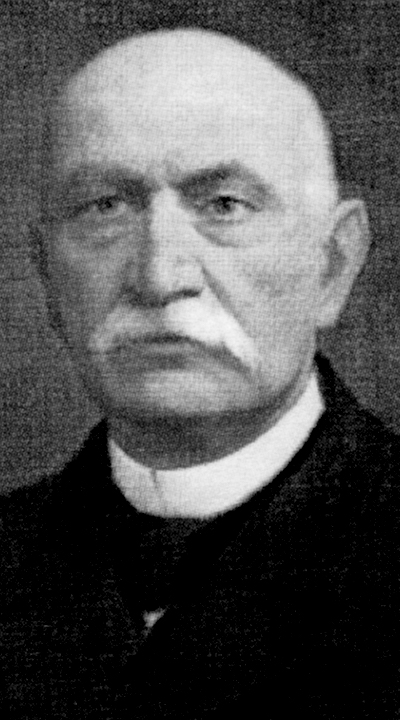 Panagis Vaglianos, scion of a prominent trading family from the Ionian Sea island of Cephalonia, has been described by the eminent maritime historian Gelina Harlaftis as “the first Greek shipping tycoon” and “the Onassis of his time”.

Even the illustrious Chiot shipowners of the 20th century acknowledged him as a “patriarch of Greek shipping”.

The sixth of eight children, he went to sea at an early age and later joined elder brother Marinos (‘Maris’) in Taganrog in the Azov. They were highly active as grain merchants and shippers, sometimes monopolising exports of Russian wheat. They pioneered tradeable wheat contracts and also helped to finance other Greek merchants as well as offering them transportation for their cargoes. Another brother, Andreas, based himself in the French port of Marseilles.

He married during his ’30s, but his wife Kata as well as a solitary son both died young. From that time, he appears to have focused primarily on his business. At the age of 44, in 1858, Panagis Vaglianos relocated to London and established the firm of Vagliano Bros with offices in the City of London. It was the midpoint in his life and proved pivotal to the family’s influence and success.

In the 1860s Vagliano Bros was the first of the ‘London-Greek’ shipping offices and provided a model for some of the influential Greek representative offices of the first half of the 20th century, such as Rethymnis & Kulukundis, which became the conduit for the internationalisation of Greek shipping. Before long the Greek-owned enterprise was recognised as a creditworthy counterparty by some of Britain’s most prestigious institutions. Vaglianos traded on the Baltic Exchange and had a bank account in the Bank of England.

His shipowning exploits were noteworthy and a key to the group’s rising fortunes. The Vaglianos fleet multiplied to 25 sailing ships within 10 years of Vaglianos’ arrival in London, and by 1880 the number had reached 40, one of the largest of the day. By 1870, a first small steamship had been purchased, and named Cephalonia in tribute to the clan’s home island, although the 114-ton vessel was registered in Romania.

Subsequently, he invested in steamships at a rapid pace. By 1880, he controlled about one-fifth of the Greek fleet of steamships and the family was about two decades ahead of most of their Greek competitors who were still operating sailing vessels. By the 1890s the fleet numbered 20 steamships. Prior to 1910, Greek law was highly restrictive with regard to types of financing and mortgage debts. However, from London Vaglianos was able to make profitable loans that enhanced the group’s standing as well as giving a helping hand to a generation of other Greek shipowners and captains wishing to invest in a first ship. He was keen to encourage other Greek owners in order to boost the size of the nation’s fleet.

At the end of the 1880s, Vaglianos was embroiled in a famed case that illustrated how comfortable he felt in his adopted home of the City. He sued the Bank of England for cashing cheques tendered by a swindling clerk in the company’s employ. Vaglianos won the case on appeal but lost by the narrowest margin when it was taken to the House of Lords.

About the same time, brothers Maris and Andreas both died, consolidating control of the family business in Panagis’ hands. He controlled the empire until his death in 1902, ironically the year that saw steamships overtake sailing ships in the Greek fleet.

In addition to Vaglianos’ early investment in steam technology, his company acted as an agency in London for the wider, Greek-owned fleet. It provided a wide range of services to compatriot shipowners, including finance, chartering, insurance, bunkering and sales-and-purchase brokerage. He was a benefactor to both his native Greece and to his adopted home of England, where he was buried in 1902.

His best-known donation funded the National Library in Athens, but he generously financed a wide range of social services – including schools, hospitals, orphanages and churches in Cephalonia. In addition, he established schools for maritime training, technology and agriculture. In Britain he donated money towards Saint Sophia Cathedral and the Greek Orthodox cemetery where he is interred.

After his death, the company’s next newbuilding – a 3,010-ton steamship built by Blair & Co. in Stockton-On-Tees – was named Panaghi Vagliano in his honour. The ship was later sold to fellow Greek shipowner Petros Nomikos and, as the Flora, was torpedoed and sunk in 1940.

Despite its influence, the company did not survive the loss of Panagis and the Vaglianos interests were split up among his nephews.