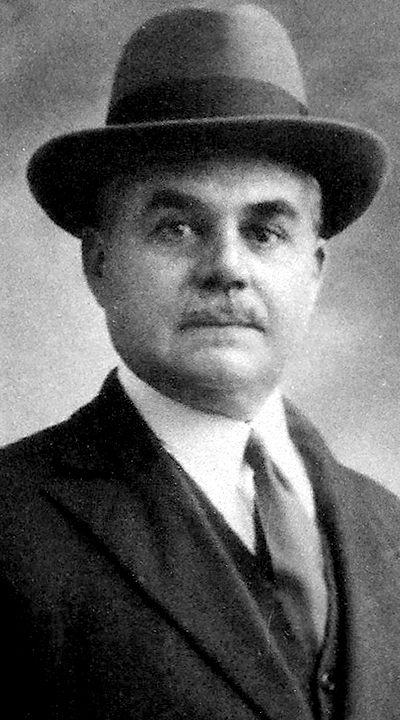 Nicolaos D. Lykiardopulo was born in 1866 on Cephalonia in the Ionian Sea, into a family that already had a pedigree in seafaring and shipping dating to the 18th century.

Lykiardopulo played a key role in shipping activities in both London and Piraeus, as well as in the wider Greek economy, and established the foundation for the family to continue its journey in the industry to the present day.

After elementary schooling on his island of origin, Lykiardopulo went to Istanbul at the age of 13. He embarked on his first ships as a cabin boy and later followed an uncle, Captain Photis Lykiardopulo, as a master in the fleet of the influential merchant and shipowner Panagis Vaglianos.

Lykiardopulos purchased his first steamship, Eleni Millas, in 1897 and by the eve of the First World War he had six steamships, helped by Vaglianos family financing. It was among the 10 largest Greek fleets of the day.

Lykiardopulo was a founding member of the Union of Greek Shipowners in 1916 and was ever-present on the board until 1950 when, aged 84, he was elected president. He served in that office until 1960, three years before his death.

He was elected in the 1930s to the senate of the Greek parliament, representing shipping.

A further mark of the family’s standing was that son Panagis was Chairman of the London-based Greek Shipping Co-operation Committee from 1956 to 1959.

Lykiardopulo continued operating freighters but entered tankers with one of the seven T2 tankers available to Greeks after the war. The Kate NL made Neda one of the first Greek companies to operate tankers and since then it has an unbroken history in both sectors.

Outside shipping, Lykiardopulo co-founded the Bank of Piraeus, of which he was President for many years, and the General Insurance Company of Greece.

He helped fund a study to solve Athens’ water shortages by diverting the Kifissos River. He was also a major benefactor for Cephalonia after a major earthquake in 1953.