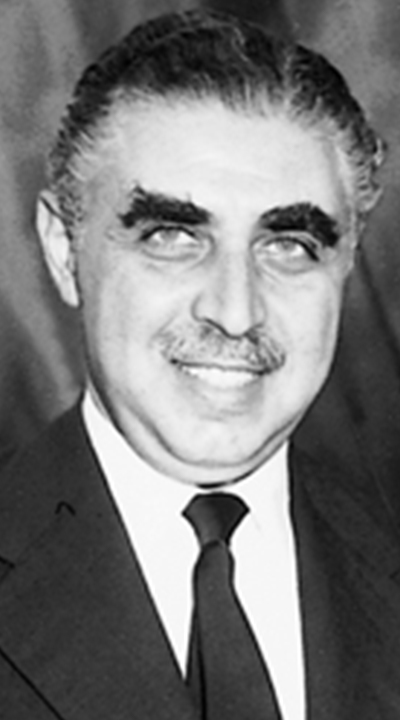 There is no doubt that John M. Carras, one of the most admired names in Greek shipping, deserves to be counted among the legendary ‘Golden Greeks’, the entrepreneurs who revolutionised shipping in the second half of the 20th century. Yet he himself was not overly fond of the expression. Its glamorous overtones fitted Onassis and Niarchos, but Carras was a conservative – an intensely private man, notable for his stability of character, his decent principles and his dislike of publicity.

Like a number of leading Greek shipping clans, the Carras family comes from the village of Kardamyla in Chios. Its shipping businesses can be traced back to the 19th century and an initial fleet of sailing vessels.

He entered shipping as a young man, establishing the London agency Carras Ltd together with his father Michael J. Carras on the eve of World War Two. During the war, like many compatriots he relocated to the United States, but established himself in California rather than New York where most of the Greek shipowners of the time congregated. He lived not far from one of the Kaiser Shipyards on the US west coast that were constructing a large number of wartime Liberty Ships. His company lost two steamships during the conflict, the Adelfotis and the Ioannis Carras. At war’s end Carras moved to New York and was able to acquire one of the 100 Liberties alloted to Greek shipowners. This was the 1944-built Frank J. Cuhel, which he renamed Fotini and registered under the Greek flag.

The following years saw the fleet expand with further Liberty vessels and other freighters as the need for transport boomed. But Carras had also become one of the first Greek owners to focus heavily on tankers. In 1951, he is thought to have become the first western shipowner to place a shipbuilding order with a shipyard in Japan, which would later become the dominant force in world shipbuilding.

The vessel was the 19,700-ton Tini, which was delivered by Hitachi Zosen in May 1952. Three sister-tankers followed and by 1958, Carras owned a fleet of 18 ships, including 11 tankers.

By the dawn of the1970s, Carras was operating one of Greece’s largest fleets with more than 30 freighters and tankers. Basically his approach to shipping remained steady throughout his career although it was refined when harsher times arrived in the shipping markets during the 1970s.

His policy was to concentrate on ordering his own brand-new ships, of the best specifications, and to pay for them out of his own funds, never with bank finance. Meanwhile, his enthusiasm for tankers waned as other owners raced to build increasingly large ships and a spate of big tanker oil spills captured the headlines during the 1970s.

Carras swiftly got out of the tanker market and thereafter concentrated on dry bulk carriers. In the last chapter of his career he concentrated almost exclusively on panamax and capesize bulk carriers, ordered in series and generally at opportune moments in the shipping market cycle.

However, he also was a silent supporter of son-in-law George P. Livanos, husband to one of his four daughters. Livanos’ own company, Ceres Shipping Enterprises became the largest Greek tanker owner of the 1980s and was concerned to be a leader in ethical and safe transportation of oil by sea.

During his career, Carras invested in about 40 newly-built ships, the majority of them constructed in Japan. In 1995, he placed his one and only contract with a South Korean shipyard, Halla Engineering & Heavy Industries, for his first move into capesize bulk carriers. He ordered four ships of 167,000-tons there, a contract valued at about $176 million. Thereafter, he returned to Japan in 2003 for a series of five capesize bulkers.

In Carras’ last major move as a shipowner, at the age of 92, his company Carras (Hellas) became the first company for years to place a major order for bulk carriers in a European shipyard. The project, for six brand-new capesize vessels ordered in 2007 from the highly-rated Odense shipyard in Denmark, was seen as an iconic act of support for Europe’s disadvantaged shipbuilders.

Carras did not live to see any of the ships delivered. He had been suffering for poor health for several years. According to confidantes, he was such a committed shipping man that fluctuations in his health seemed to match rises and falls in the shipping market index. He passed away in September 2008, on the same weekend that Lehman Brothers collapsed, sending world financial markets crashing. In the next few days, charter rates for capesize bulk carriers suffered their sharpest plunge in history.