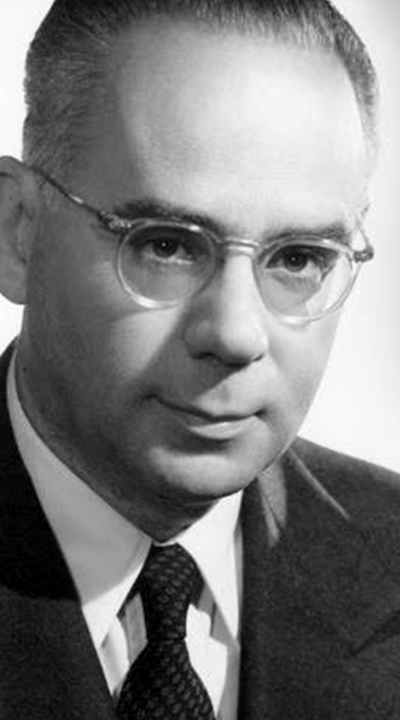 George R. Vergottis was born in 1893 to a Cephalonian family with shipping traditions traceable as far back as 1583, as evidenced by an arbitration that year with a cargo owner.

He was the third son and fifth child of Charalampos (‘Rokos’) Vergottis (1842-1924) who continued the family tradition in shipping and shepherded it from the age of sail into the steam era.

George Vergottis was born in the village of Kourkoumelata and from infancy he lived and breathed the sea only a few hundred metres from his family home.

He spent his early years in his beloved Cefalonia where he completed his primary education. However, Rokos Vergottis wanted the best education for his children and for secondary education George was sent to cosmopolitan Constantinople where he attended the Greek Roverteios School and learned several languages.

The next obvious choice in his formal education was the renowned Commercial Academy in Marseilles, that equipped him with the shipping theory and practice that would serve him well in his future career.

By the time George Vergottis graduated, the family had a well-established office in Bute Street, Cardiff. The Welsh port was home to a large community of Greek shipping offices, established to keep a closer eye on their vessels engaged in the coal trade. After joining the family business, George found himself managing the Vergottis Ltd office during the First World War.

His eldest brother, Gerassimos, died in 1921 and three years later the company moved premises to London.  Together with brothers Panaghi and Andrew, George purchased several vessels at low prices between 1928 and 1933, including the freighters Aegeon,Spyros, Rokos and Ikarion.

During the 1930s George Vergottis expanded his activities to New York where he settled and became highly respected in shipping circles there for his deep knowledge of shipping, his integrity, ingenuity and generosity.

While maintaining the London and Piraeus offices, he established Universal Maritime Carriers. By 1940 his office operated 12 vessels.

Several of Vergottis’ vessels were placed at the service of the Allied forces during the war, which took a heavy toll on the Greek fleet.  Universal lost more than half its fleet, with the vessels Ikarion, Aegeon, Spyros, Andreas, Emmy, Memas, and Rokos Vergottis all becoming casualties.

At the end of the war, Vergottis was instrumental, with other leading New York-based shipowners, in the revival of Greek merchant shipping through the acquisition of war-surplus US Liberty ships. In recognition of his contribution to the war effort and the casualties suffered, Universal was able to add to its fleet three Liberties, out of the 98 allocated to Greek owners. These were renamed after his ancient Greek heroes: Themistocles, Periclesand Demosthenes, while a fourth Liberty ship, renamed Ionian Trader, was acquired from the open market.

In the post-war years, Universal departed in a dynamic manner from previous Vergottis family shipping ventures.

The purchase of a wartime surplus T2 tanker led him into the tanker market where he was one of the first Greek shipowners to forge relationships with major oil companies.

Detecting an increasing demand for tankers, he saw an opportunity to expand his fleet with newbuildings ordered from the fledgling Japanese shipbuilding industry that he evaluated as capable of quickly and reliably constructing tankers to his specifications. Between the years 1952 and 1966 Universal took delivery of seven tankers and six dry cargo ships from Mitsubishi and Nippon-Kokan shipyards.

Although New York-based and able to visit his home island only rarely, Vergottis was a patriotic Greek and Cephalonian. By the 1960s, the company had a fleet of about 20 ships, all named with the prefix ‘Ionian’.

His close ties with his island included using Cephalonian seafarers to man his vessels. There were instances of even three generations of the same family serving on board the fleet in various capacities. The Universal vessels were considered by the seamen among the best to work on.

Vergottis was brought even closer to his birthplace by the catastrophic earthquake that struck the island in August 1953, flattening the majority of buildings. His immediate reaction was to send a telegram to the people of Kourkoumelata with the words: “My dear friends, do not despair. Your village will be rebuilt better than it was”.

He was as good as his word and over the following years offered his wealth and his services to reconstruct his village and help in rebuilding the infrastructure of the capital, Argostoli.

He arranged for the immediate shelter of people that were left homeless and In less than five years had constructed 50 new houses, a beautiful church, school, police station, a refectory, surgery, a stadium, and a magnificent cultural centre that made Kourkoumelata the jewel of Kefalonia. He also restored churches in nearby villages and In the capital he financed the Archbishop’s residence, the stadium, the Korgialeneios library and other public buildings.

In December 1964, The Academy of Athens bestowed George Vergottis with its highest honour, the gold medal, as a great benefactor of Cephalonia. Vergottis believed that he simply did his duty to his fellow islanders at their time of greatest need.