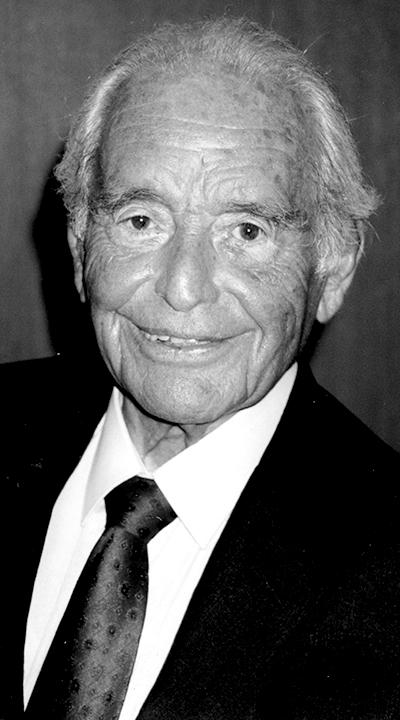 He was born in 1903 in the village of Lamyra on the island of Andros. His father, Leonard Daniolos, served as an engineer in ships of Andros shipowners and his own initial ambition was to enlist in the Greek Navy.

After graduating from high school in Syros he decided to become a sea captain and, to further his chances, he determined to travel to Britain to improve his English. But his destiny as a shipping man lay elsewhere.

Daniolos hoped to catch a freighter of S.G.Embiricos Ltd from Piraeus to Cardiff. While waiting, he worked as an office boy at the company’s Athens office. Seeing another boy with an education diploma making a better wage than he was, he registered in the law school of the University of Athens. Working during the day and studying by night, he obtained his law degree in 1923.

An ever-present at board meetings, he served the UGS gratis as a legal advisor from 1928 until the end of 1950s, and then held the position of president of the legal committee of the UGS until his death. In recognition of his services, he was an honorary member of the UGS from 1975 and in 1982 he was made honorary president of the UGS.

Throughout his career, he practiced shipping and commercial law, representing many Greek shipowners as well as banks, insurance companies and P&I Clubs.

He had a key involvement in the purchase of the 100 Liberty ships by Greek owners with the guarantee of the Greek state in 1945, as well as in the formation in 1953 of the legal framework still applied today for the purchase, finance and registration of Greek flagged ships, on which he worked with a team of US attorneys representing US banks which sought adequate security for ship finance.

The law offices which he founded continue today to practice maritime law under the name Daniolos Law Firm.